We are pleased to announce Nor Diana as our August 2022 Muslim Woman of the Month!

At only 22 years old, Nor Diana has already achieved so much. Being the world’s first hijabi wrestler, she has broken barriers in the wrestling world that she never believed possible when she started her wrestling journey at the young age of 14.

While Nor has been rising up in the Malaysian wrestling scene since 2014 when she began, her big break was when she competed against four men and won the Malaysia Pro Wrestling Wrestlecon Championship in 2019. Since then, her name has gained a reputation in the worldwide wrestling community for being an inspiring female athlete, and she has even made it onto the Forbes 30 under 30 list.

In the ring she dubs the name, “The Phoenix,” which embodies her never-ending passion and desire to be the best that she can be and to rise up, time after time, no matter what challenges she may face along the way. While wrestling can get difficult at times, Nor’s passion never dies thanks to her coach, fans, and supporters around the world.

She hopes to not only continue breaking down barriers in the wrestling world as a hijab-wearing Muslim woman, but to also inspire other Muslimahs to achieve their own dreams, no matter how far-fetched they may seem.

Read on to learn more about Nor’s journey, her inspirations, passions, goals, and more! 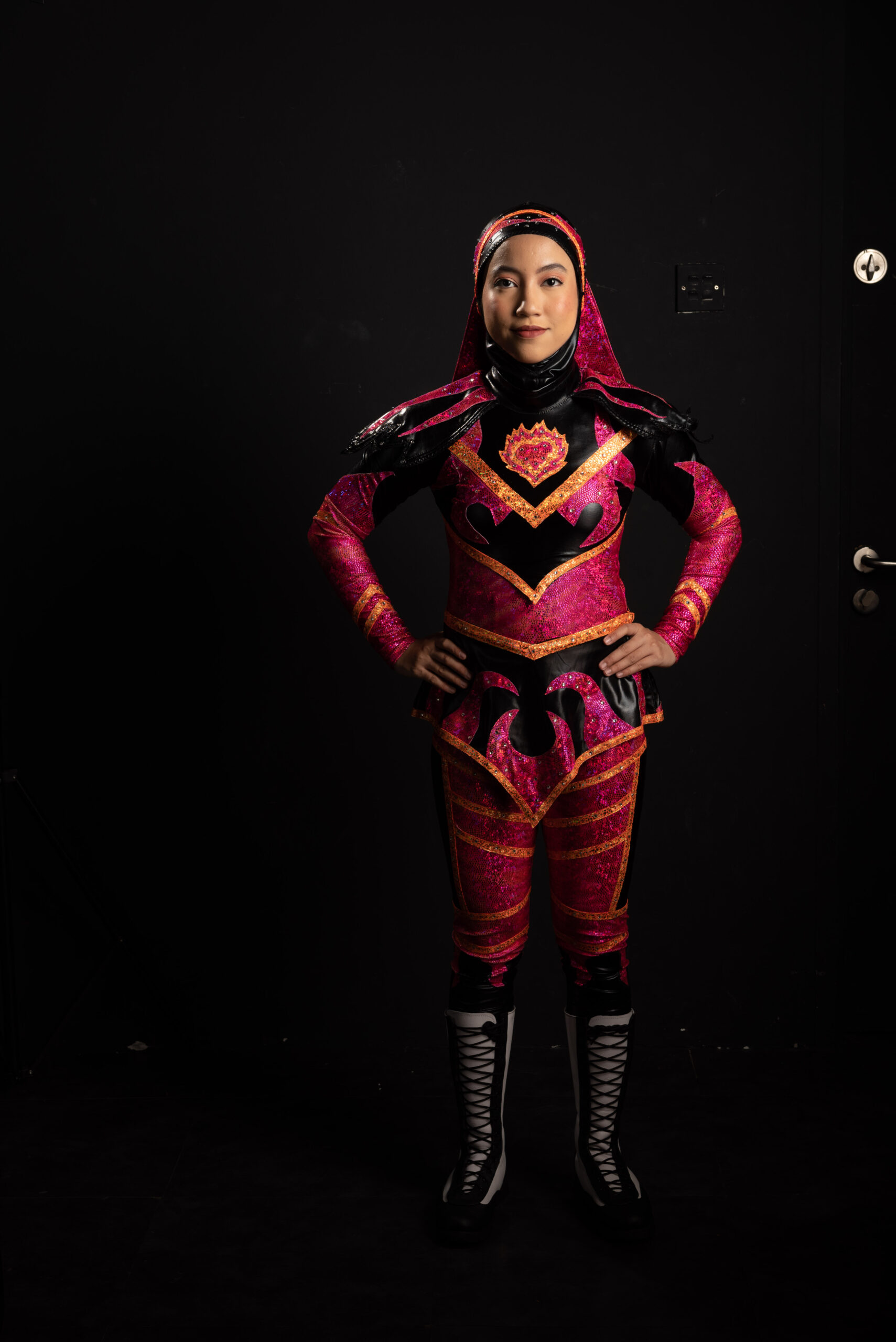 Can you share a little bit about yourself and your background?

I am Nor “Phoenix” Diana, the World’s First Hijab-Wearing Pro Wrestler. I am a 22 -year-old girl from a small country with big dreams.

“I am a 22 -year-old girl from a small country with big dreams.”

I started playing video games, and it made me a fan of professional wrestling. I then started following and watching on TV, and when I found out Malaysia had its own pro-wrestling school, that was just set up at that point in 2014, I decided to make the jump and enrolled!

When you walked into MyPW for the first time in 2015, what were your goals, and how have they changed since then?

To be honest, at that point I was just trying it out. I just wanted to wrestle. Fast forward to now, Alhamdulillah, I am a full-time professional wrestler with my new company APAC Wrestling.

You won the Malaysia Pro Wrestling Wrestlecon Championship in 2019. How did that experience transform your career?

I became an overnight viral sensation, and it inspired a lot of people. That experience pushed me to realize that I can go beyond where I was and chase my fullest potential. Now, I am working hard, always hungry for more. 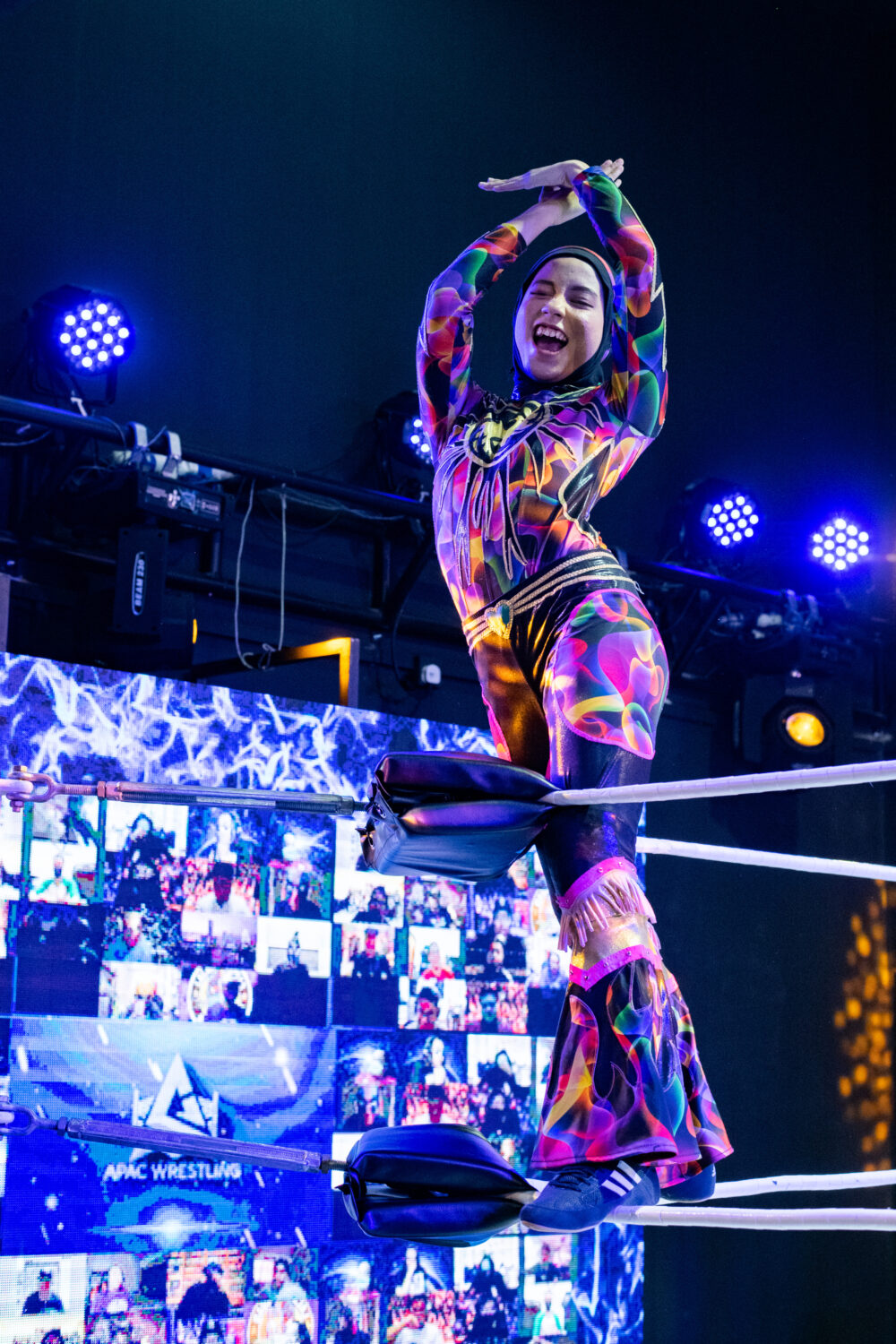 You are nicknamed Nor “Phoenix” Diana. How did the nickname Phoenix come about, and how has it influenced your persona while in and out of the ring?

The name was given to me by my coach, Mr. Ayez Shaukat Fonseka. I was called up to wrestle for an event at the very last minute, and that was the name given to me. Over the years, I felt it was suitable for me, as throughout my journey there have been a lot of ups and downs, and just like “The Phoenix,” I always rise from the ashes.

You used to always wear a mask while wrestling. What was it like taking that off for the first time and letting the world see who you are without it? Why did you decide to remove it?

Honestly at first, I was scared, but soon after I felt relieved. I was scared because I wasn’t sure of the acceptance of the fans, as well as how the conservatives would judge me, knowing how I truly looked. But at the same time, I also felt relieved because I was finally able to be myself and show the world who I am. I didn’t have to hide anymore.

I wore the mask at first due to confidence issues, but after a few years of wrestling with the mask on, I decided that it was time to take it off, and that I needed to get out of my comfort zone. As much as I respect and love the Mexican wrestling culture for how sacred they treat their masks, it was something I needed to do.

“Just like The Phoenix, I always rise from the ashes.”

Being a professional athlete comes with positives but also negatives. What is your favorite part of being a pro wrestler?

What I enjoy about professional wrestling is that I get to perform for the fans, and when I do, I am able to make them feel certain emotions.

I just love pro wrestling so much, I don’t think there are any, honestly. 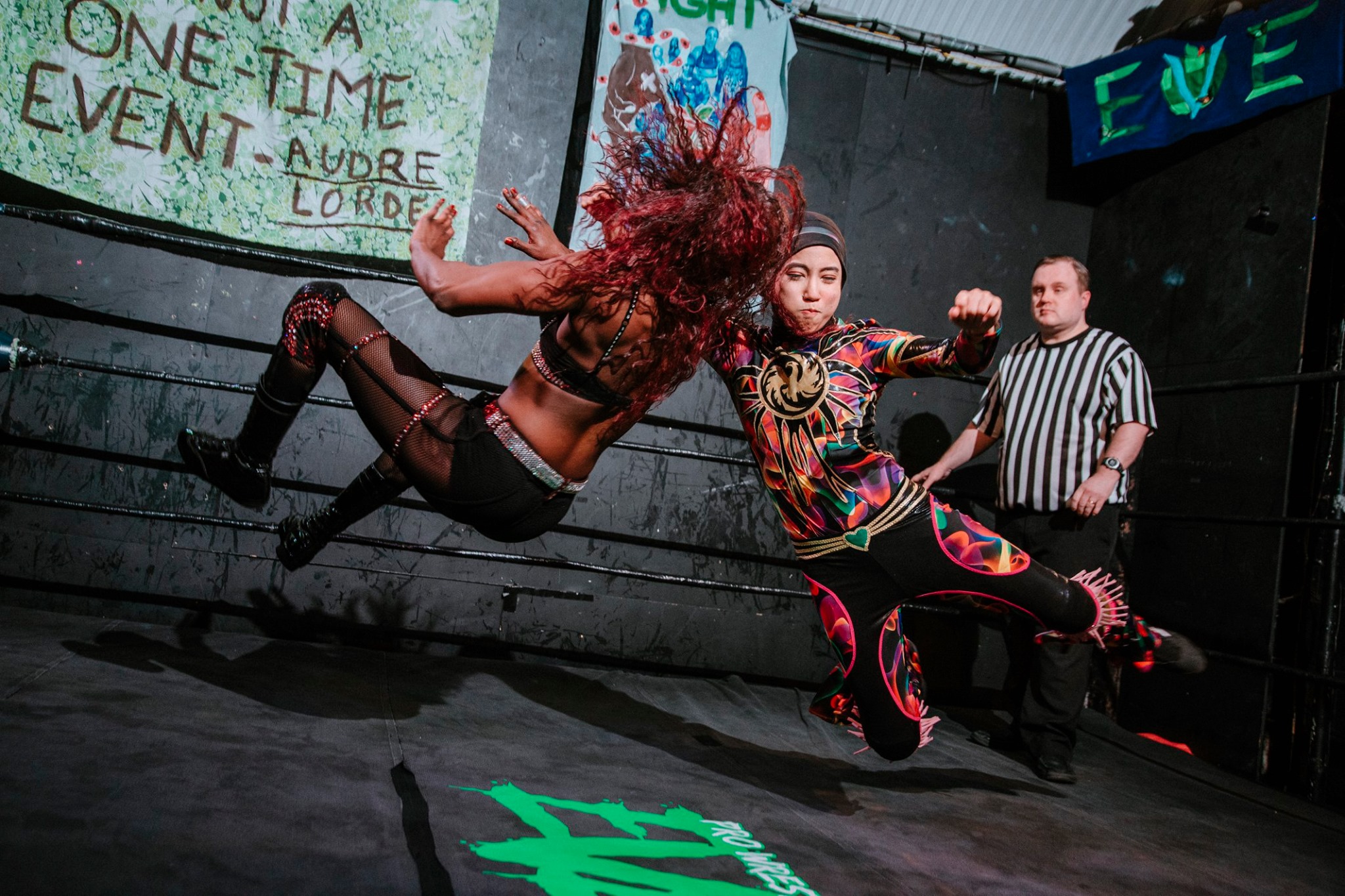 What is the most challenging part?

Being where I am, it is difficult to get my name out there. It is also tough to have the discipline and motivation to stay in shape. At the same time, a lot of people still have plenty of misconceptions on pro wrestling, and I often am at the receiving end of mean and negative comments.

Who has been your biggest supporter during your pursuit of wrestling?

I am my own biggest supporter. I believe in myself and what I do, and that is what drives me forward. However, there have been times along the road where I felt like giving up, and having my coach, Shaukat, believe in me, push me, and encourage me through those hard times helped, too. His belief in me proves the importance of having some sort of support system in your life.

Being the world’s first hijab-wearing wrestler and champion is a big title. What does that title mean to you, and how has it impacted your career and your career goals?

I am proud to be the representation of hijab-wearing Muslims all around the world breaking barriers, and showing that we can do so much more than what culture has limited us from doing.

“Dreams are free, so dream BIG”

What would you say to other young Muslim girls that have dreams to follow untraditional career paths and are doubtful and afraid to pursue them?

Dreams are free, so dream BIG. Follow your heart, and do what makes you happy, because the satisfaction of doing what you love is priceless. Always believe in yourself, even when no one else does, and live your life the way YOU want to.

Nor’s passion for her sport and ambition to enter spaces where women like her have never been before has and will continue to fuel her career. Someday, she hopes to make her name known as a WWE athlete. To continue keeping up with Nor, be sure to follow her on  Instagram, Twitter, and Facebook!

Cailey is currently a student studying English with a concentration in Literature. She has always had a passion for reading, writing, fashion and social media, so she was extremely excited when she received this internship opportunity, as it combines all her interests into one. In her free time, Cailey enjoys running, making coffee, reading, and trying new foods.

Muslim Woman of the Month: Khadijah Amber Von Grat, Spiritual Coach, Best-Selling Author, and Founder of Soul Detox She is helping women all over the world heal from abuse and love themselves again through spirituality.

American Muslim Woman of the Month: Noor Qwfan, Host of This Muslim Girl Podcast, Creator of Noor’s Nook & Co-Founder of Sisters of Azimah She's the epitome of a boss babe