Typically, when a new Disney movie is released, especially a live-action remake of one of our childhood favorites, we’d be ecstatic and rushing to the theaters (or in this case the streaming app) to see the story come to life.

But the release of Disney’s Mulan has been met with intense criticism as human rights activists are calling for people everywhere to boycott the production.

In the closing credits of the movie, the producers gave a special thanks to numerous institutions and local authorities in Xinjiang, including four Chinese Communist propaganda departments and the Public Security Bureau for Turpan for assisting in the film’s production, and for allowing the company to film there. 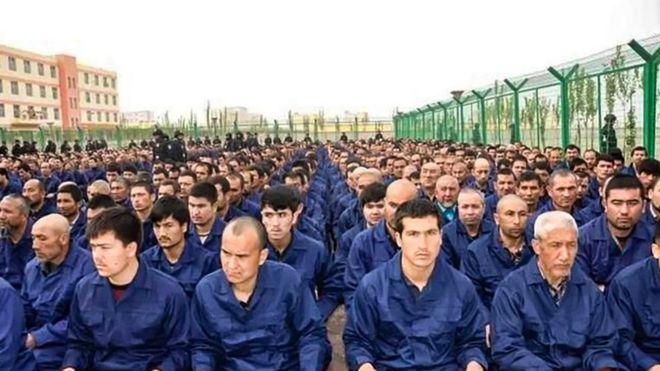 It is no secret that Xinjiang is the site of “one of the world’s worst human rights abuses happening today,” and the organizations that Disney thanked are facilitating the abuses. News reports have been circulating for years now about the millions of Uighur Muslims imprisoned in concentration camps, where they are separated from their families and children, and are being tortured, starved, sexually abused, exploited and forced to undergo sterilization in order to prevent birth on a mass level.

Detainees are brainwashed and socially re-engineered in these “re-education camps” through unethical and inhumane means to forcibly eradicate their Islamic beliefs, language, cultural traditions, practices, and lifestyles. This can be characterized as nothing other than a form of cultural, religious, and demographic genocide.

It is ironic and very troubling that Disney would turn a blind eye to these crimes, and choose to shoot a film (that is largely about civilians seeking justice against oppression, as Mulan risks her life to protect her family, her people, and her country from a cruel, ruthless leader and his merciless army of Northern invaders), where this mass incarceration is known to be happening. A Uighur concentration camp can be clearly seen in the background of a scene in the movie. 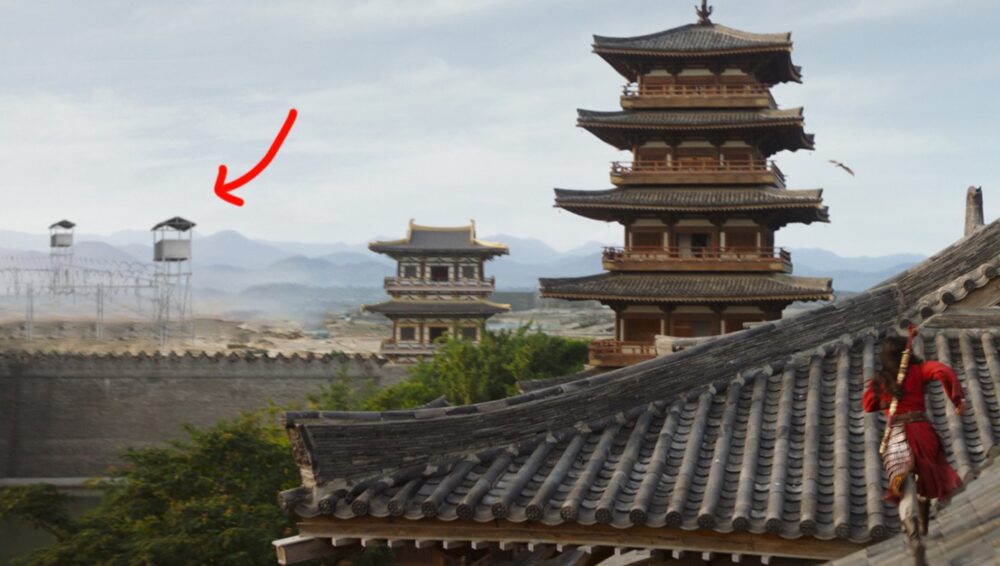 Instead of recognizing the problem with this, and properly addressing it, one producer brushed it off by saying, “It was a great spot to film. But, you know, bloopers like this happen. What difference does it make?” Their solution is simply to edit it out so that “viewers won’t think about it anymore.”

Really? Because editing it out will make the genocide go away, right?

There is so much privilege in that “out of sight, out of mind” mentality, and a clear lack of empathy and value for human life because of being so far removed from the suffering that is a reality to so many people.

To them, it’s clearly money over morality where the anticipated profit was an end that justified unethical means. Disney saw a huge financial opportunity to break into the Beijing market and gain their viewership, even if that meant playing ignorant and normalizing a crime against humanity, along with making other problematic decisions in order to pander to the Chinese audience.

For example, since Chinese viewers prefer light skin, Disney not only cast the actors to suit their “all-white” tastes on screen, but off screen as well. Practically everyone involved in the behind-the-scenes production of the film from the director and producers, to the editor, cinematographer, set, and costume designers were white as well, according to Noor Tagouri, the award-winning Libyan American journalist and producer.

The film also serves to promote the anti-Muslim sentiment in China, as the villains are clearly representative of Muslims with their stereotypical dark skin and turbans, which make them look like ISIS terrorists.

Been following the criticism of Disney’s new Mulan since last year its lead actress, Liu Yifei, voiced support last year for Hong Kong police against pro-democracy protesters. ⠀ Since it’s release — I’ve read a lot of sentiment that felt familiar to what we experienced when Aladdin came out. MAJOR lack of TRUE REPRESENTATION + INCLUSION. [Did an IGTV video on this] Basically, mostly while folks behind the scenes in charge of telling stories about communities not their own. And it shows. We noticed it quickly into the movie and looked up the IMDB while in the theater to be met with the unfortunate, “ah, yes. this is why i feel uncomfortable right now.” disappointing, never surprising. ⠀ For Mulan: a white director, all white screen writers, majority white producers, white film scorer, white cinematographer, white editor, white casting director, production, set, costume design, etc. ⠀ BUT WHY I AM POSTING ABOUT THIS? Bc parts of the film were filmed in China’s Xinjiang region where there is an ongoing genocide of Uighur Muslims. ⠀ I have spoken about the HORRORS happening right now in their concentration camps. ⠀ Examples include: forced sterilization, kids being separated from families, “social reengineering,”, forced marriages, labor, torture, etc. ⠀ Early viewers of the film noticed in the CREDITS: the Turpan Municipal Bureau of Public Security, which was sanctioned by the U.S. Commerce Department last year for its role in operating what China describes as “reeducation” camps in the northwestern Xinjiang region. Several Xinjiang propaganda departments that have worked to deny the detention program’s existence are also credited in the film. ⠀ There are many red flags with this production. Much of it goes back to the lack of real inclusion on projects that DEMAND real inclusion. The story of the Hua Mulan is legendary and one that deserves to be told right. Read my dear friend @sophfei’s post on what this story meant to her as a Chinese American. ⠀ Representation matters. Inclusion matters. I can never think of any GOOD REASON as to why due diligence isn’t done. But we must hold the companies we love accountable. We must do better. ⠀ People’s lives depend on it.

On her Instagram, Tagouri brings to light the overwhelming criticism of the movie due to its lack of true representation and inclusion, and for what the film has come to represent due to its controversial cast and Disney’s lack of accountability and due diligence.

Tagouri mentions how Disney began to receive criticism due to the lead actress, Liu Yifei voicing her support for the Hong Kong police on social media, even though they had been using excessive force and brutality against pro-democracy protesters. Yet, Disney remained silent in regards to the matter.

Then again, should we really be surprised about Disney’s silence when our own Muslim-majority countries not only remain silent to the Uighur Muslims’ suffering, but helped perpetuate it?

According to The Washington Post, “In July 2019, Pakistan, Saudia Arabia, Egypt, the United Arab Emirates, Algeria, and other Muslim-majority states that pose as defenders of the faith helped to block a western motion at the United Nations calling for China to allow ‘independent international observers’ into the Xinjiang region.”

So while 22 Western ambassadors signed a letter voicing their concerns, and attempted to take necessary action to intervene, 37 international ambassadors, which included those from Muslim governments, helped prevent this effort by signing off on Beijing’s letter that claimed the “re-education centers” were created to counter terrorism and radicalization as, a way to “protect the human rights of all ethnic groups.” Shockingly enough, this means fellow Muslims chose to endorse these inhumane crimes instead of prevent them. 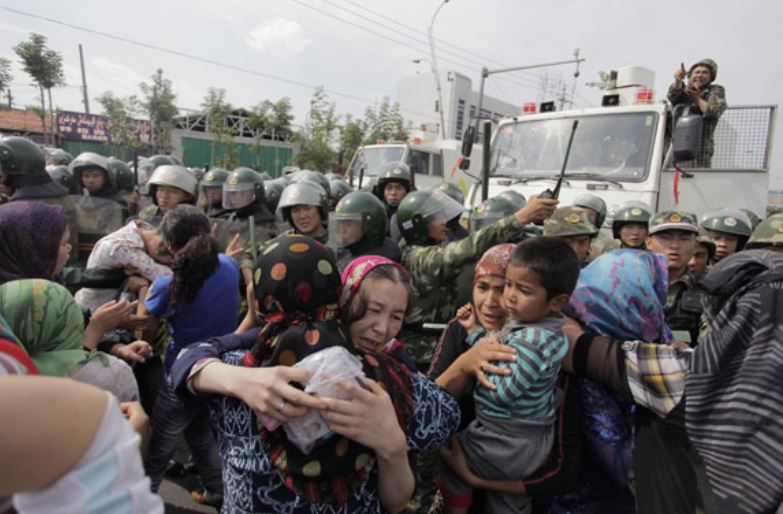 We, on the other hand, cannot stay silent. We cannot be indifferent. We cannot simply sit by and hit the share button. While that helps and certainly does not hurt, it is not enough.

As Sofia Haq, the founder of Muslim Women Professionals and the ambassador of The United State of Women said on her platform, as well as in her article on Forbes, we as Muslims, as women, and as consumers have purchasing power, and the ability to make a difference on a global level. We need to be more mindful of where our money is going, who it’s benefiting, who it’s hurting, and how we can use it to make a difference towards real, positive change.

Disney claimed the movie to be one about social justice, but it instead, it has come to represent racial injustice, police brutality, and ethnic cleansing­­. But unlike the movie’s producers, we will not turn a blind eye to their corrupt, unethical, and exploitative decisions.

So, not only should we not watch the movie ourselves, but we should educate and explain to others, including children why they shouldn’t as well. Ignorance is not always bliss.

Some people may question or doubt how innocently watching a family movie could possible hurt anyone. They may even think that “our one view” won’t make a real difference in the scheme of things.

But it does make a difference. Your view comes at a cost. And that cost is real lives.

What you can also do:

Send a letter to, email or call Disney executives.

Sign the petition by Save Uighur USA, asking Robert Iger to stop the release of Mulan, and don’t forget to share the petition so others can sign as well!

AM Women is a lifestyle and fashion magazine for American Muslim women that offers a variety of content from a diverse range of perspectives and voices to help them navigate through their everyday lives.